Discover how to fill your support programmes and events

Guest Post 'Why do people say that ‘Neuro-linguistic programming’ will help you increase your sales? ‏'

Get in touch
Who we are

Neuro-linguistic programming (NLP) have spread across the world in a way that even the co-creators could not have imagined. A Google search of “neuro linguistic programming” and “NLP” provides over 90 million results!  What is it about the research of just two people that caused NLP to become so well known, and so well regarded in the sales and marketing community, in such a comparatively short time?

The answer to this question is “elegant excellence”.   Richard Bandler and John Grinder asked a question about a number of experts “What is the minimum a person would have to know, do and say to achieve similar results?” Their research has had a massive impact in the fields of personal development, sales, marketing and psychology. A computer programmer, mathematician and procedural documenter joined forces with a linguistic expert to create some amazing results in the field of therapy.  By taking a systematic approach to the difficulties that a person can experience, and the language patterns of the people who helped them, they have changed the lives of millions. Phobias were almost impossible to cure.

Psychologist and psychotherapists seemed to spend a lot of time arguing about why, or how, people were “broken” – without actually helping anyone get better.

NLP provided the “fast phobia cure”.  In just 6 minutes, it is possible to help a person get over a problem that had ruined their life – and that years of conventional therapy had not resolved. The ability to help someone realise what he or she wants from life, and create a better future, is a very rewarding gift. If it is possible to talk someone out of a ‘life disabling’ fear, it must be possible to help a person get past his or her trepidation, when making a decision to buy a product or service.

The first three statements were verifiable: because you had already read them in the text above. Here is an example of the same language pattern used by a well know politician; “We are gathered here today, in this amazing room, I stand here before you, and WE ARE READY FOR CHANGE!” Wow! How much impact would it have had if he had just walked up to the podium and said “we are ready for change!”?  Not as much.  That is because we had not got used to saying “Yes” in our minds for the previous three statements.

Social media is often in the news, twitter is being used to mobilise people at a political level, Facebook has over a Billion users and social media training will be one of the best things in which you could ever invest. This is the same NLP ‘language pattern’.  It is not manipulative because it is ‘a truth’ that will help a person build their business.

What happens when you imagine being able to post, and tweet, short sentences that encourage people to realise the potential of your product or service? NLP is just a name that someone used to describe a collection of principles, theories and techniques from which a person can have an immediate experience of success. I urge you to investigate the principles of NLP so that you can use language to your own advantage and to benefit the people around you. Steve Dickinson is a trainer, coach and speaker at Reality Management Coaching – to find out more about NLP and how it can help you, please contact him on 07866 765693

Clients say about us

I have known Caroline for a number of years through her work on the ERDF Low Carbon Programme and know what a difference she has made supporting local businesses in that time. Now in the process of starting up my own business, I recently had the privilege of benefiting from her expertise first hand. Her clear, no-nonsense style and thorough understanding of social media and marketing has been a massive help in setting myself up. In addition, her own insights regarding starting her own business were generously shared and serve as an inspiration. I highly recommend Caroline and sincerely hope that I get another opportunity to work with her in future.

Measure all marketing activity What was the best thing that you did to promote your business in the last 12 months? Can you identify what

Get engaged on social media 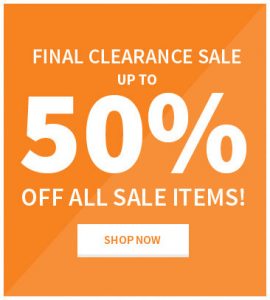 Facebook for business pages or you may have had your page for a while, but have you ever taken a look at your page from the